UK death metal band CANCER released their debut LP on this day in 1990 through Vinyl Solution.

We put together a tape, just two songs actually, and sent it around to a few labels. We got about eight phone calls and decided to go with Vinyl Solution.
We wanted to stand out and be on a label that would give us the money and support we needed to do what we wanted to do. We had an offer from Earache, but they were signing a lot of Death Metal bands at the time and people we knew said they weren't getting the money or support they needed from them.
- James Murphy / Cancer interview, Sounds of Death #3, 1993

The cover, by drummer Carl Stokes, is based on a scene in George A. Romero's 1978 classic Dawn of the Dead. The image of a zombie receiving a machete through his head was used as a promotional still and on some European posters, where it was released under the title Zombie. 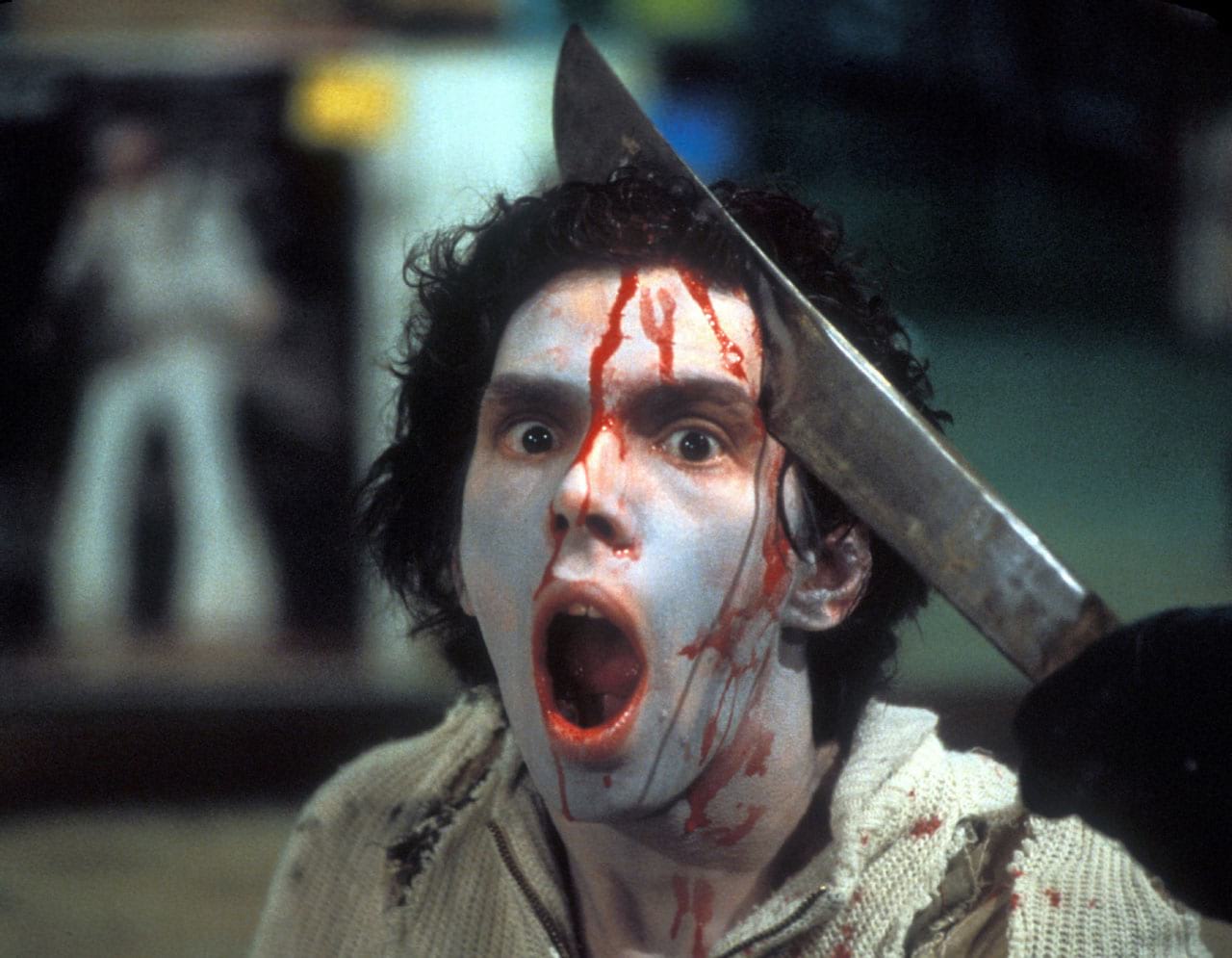 "To The Gory End" was recorded in Wales at Loco studios with Scott Burns producing and our friend Max helping out particularly encouraging a healthy attitude to alcohol consumption! Recorded in the winter, the weather was quite a shock for Scott as was the strength of the beer which when compared to American beer at the time was significantly better ( I have to say beer in America has improved massively in recent years and now compares favourably to most nations in that respect). At the time we were quite an alcohol fuelled band (which was Max's area of expertise) and I think this put us in good stead for recording in such a short time frame. Plenty of attitude and bravado, not really giving a fuck certainly helped and probably contributed to the energy of the album. Of course, being so young and having no experience in that situation meant there was lots of excitement and nervous energy so all in all I think it all added up to quite a rough and ready, raw recording. At the time I was an apprentice at a company called Avant Electronics which was pretty good really. I actually had a lot of fun there. There were a few people of similar age on the training scheme so we managed quite a lot of dossing about, plenty of practical jokes and generally having a laugh. Of course at the time I couldn't wait to get out of there, after all being in CANCER was really what I wanted to do, gigging with the likes of DEICIDE, OBITUARY, MALEVOLENT CREATION was certainly quite an antidote to working for a living!"
- Ian Buchanan / Cancer interview, Voices from the Darkside