NASTY SAVAGE released their second album through Metal Blade on this day in 1987.

Yes, new Nasty news!!! Here is some just breaking big news! Nasty Ronnie is going out to Las Vegas to shoot two video's with Miss Luna and The Lock - The daughters of darkness!!! The wildest women tag team ever!! I will be their manager and take them to the ring and more. We will soon have the tag team belts!! I'm now in wrestling too! We may go to Japan and all over the world! They also come out to the ring to XXX and come out on stage with me, it'll be totally wild!! I love it and I think it's the first person in heavy metal to do it!! Spread the wage! 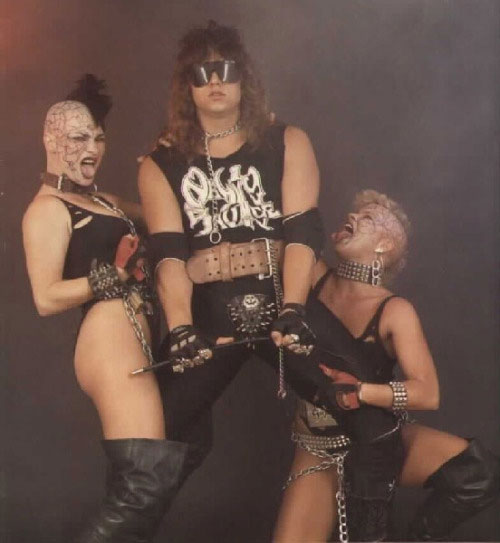