Early Norwegian black / death / thrash (crossover) cult VOMIT recorded the Rot in Hell demo on this day in 1987 at their practice space in Nittedal - their hometown, just north of Oslo.

No peers, no scene. As it was back then. But if you listen to this song, feral death thrash a la hell awaits album by Slayer, it is so clear why two of the members were chosen as session members for Mayhem.
- Fenriz, Band of the Week

VOMIT had a connection with early MAYHEM, as various bootleg splits will attest. Torben Grue (drums) and Kittil Kittilsen (vocals, and bass in VOMIT) were briefly session members of MAYHEM around 1987-1988. 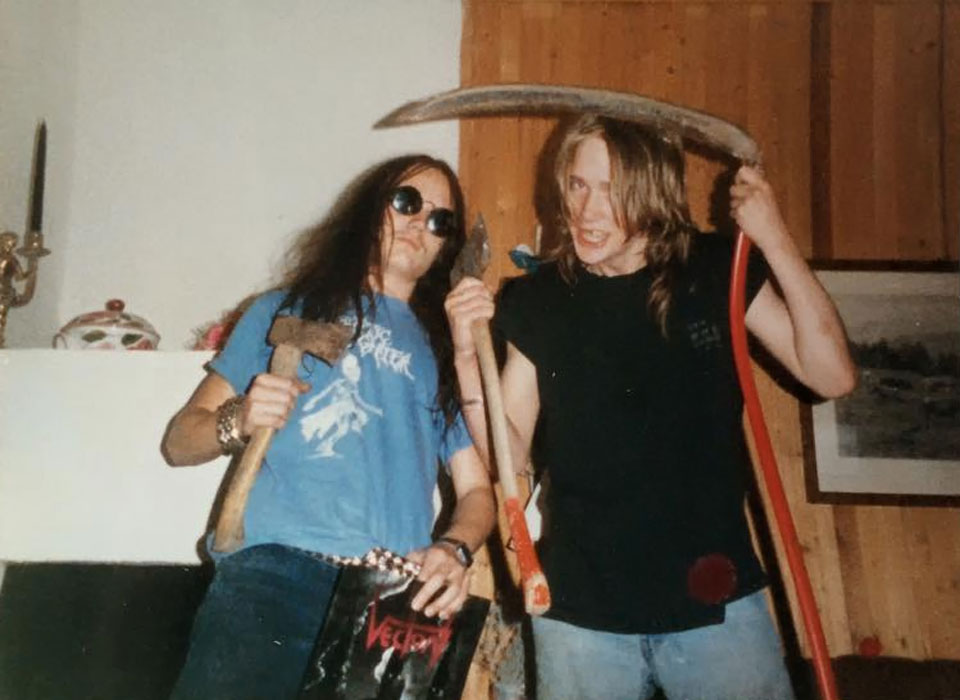