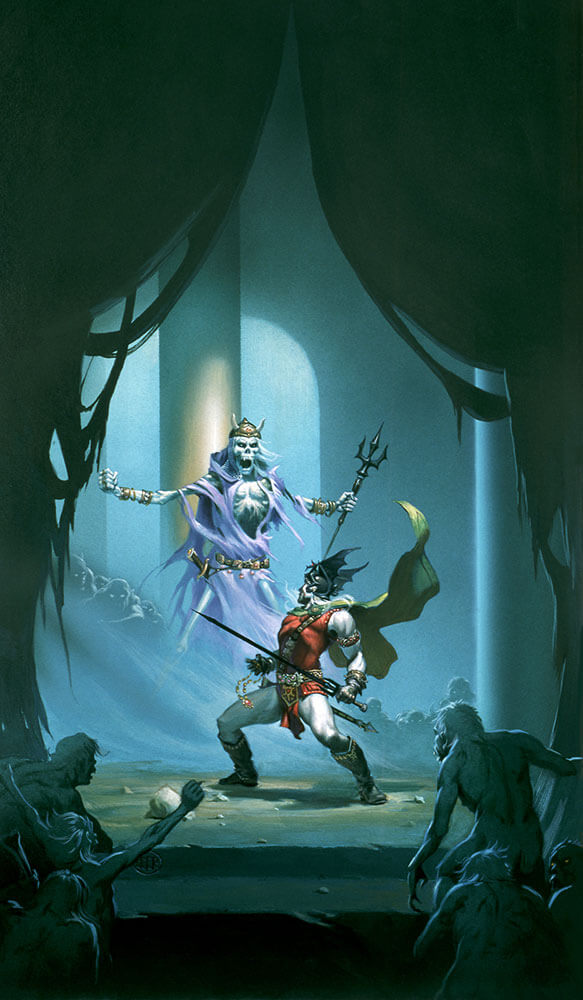 It's going to be a million times more radical. People aren't going to know it's the same band. The lyrics are much more intense and the music is heavy.
Everyone had a part in choosing the songs for the first album, and the fan mail we've received reflects public liking of the Cirith Ungol fantasy themes. However, I feel that (ex-guitarist) Greg (Lingstrom)'s music was too introspective. The new sound will be much thicker.
- Tim Baker & Robert Garven / Cirith Ungol interview, Heavy Metal Times, 1983

The love and passion for this album floods back on every spin. And no matter the months or years between, it sounds as powerful as ever! CIRITH UNGOL's second LP, King of the Dead, in particular exists completely out of time, though somehow parachuted in from another dimension and was released on this day in 1984.

Greg, Jerry, and I first met after having read Lord of the Rings and the idea eventually transposed into the band. Since then, we've stayed with a similar theme. As for the name, Cirith Ungol, it's a tolkien character from the movie, and we obtained permission to use it.
- Robert Garven / Cirith Ungol interview, Heavy Metal Times, 1983

Originally, we had the one picked that we had wanted to use by my favorite artist, Frank Fazetta. However, Molly Hatchet beat us to it. So, while I was reading the book, Stormbringer, I noticed that the cover would be nice to use. So, we got in contact with the publisher and the printer. The rest is history. In the future, we may have a custom cover done by Michael Wheelan for a "live" album like Demonslayer.
- Cirith Ungol interview, Heavy Metal Times, 1983

You can buy prints directly from Michael's website, including the original Stormbringer design mentioned above.