ISENGARD's logo was taken from an illustration in Middle-earth Role Playing (MERP) (1984). MERP was a subset of the Rolemaster role-playing game set in Tolkien's Middle-earth. 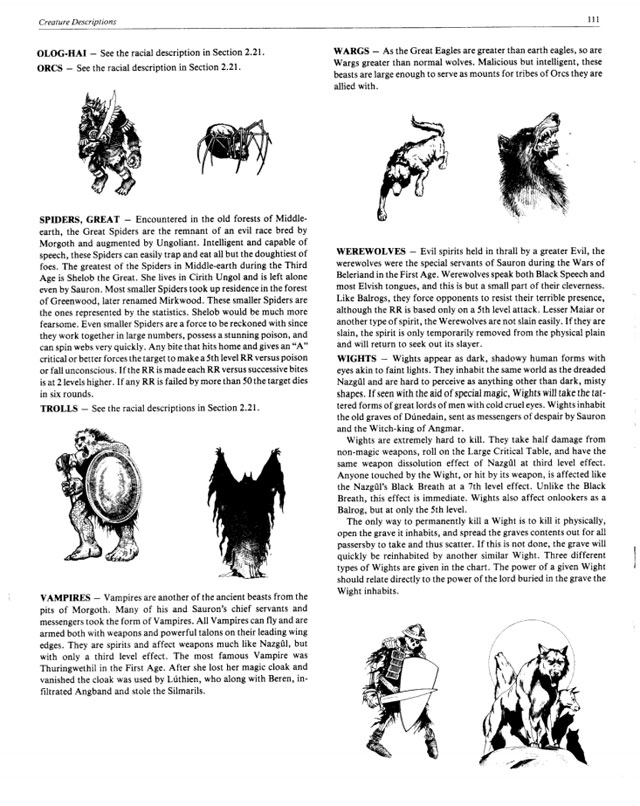 The illustration was made for Vampires in Appendix 2 - Creature Descriptions:

VAMPIRES - Vampires are another of the ancient beasts from the pits of Morgoth. Many of his and Sauron's chief servants and messengers took the form of Vampires. All Vampires can fly and are armed both with weapons and powerful talons on their leading wing edges. They are spirits and affect weapons much like Nazgûl, but with only a third level effect. The most famous Vampire was Thuringwethil in the First Age. After she lost her magic cloak and vanished the cloak was used by Lúthien, who are long with Beren, infiltrated Angband and stole the Silmarils.

MERP was also being played west of Oslo, in Bergen, and inspiring a young Kristian Vikernes:

I first discovered MERP (Middle-earth Role Playing), when I was 12 years old, and after that other games too, and to say the least life took a turn for the better. My imagination was given a whole new world to operate in; it was organised and defined by clear rules and finally I could really spend time not only away from the gray, dull and dying society of Marxist Norway, but even in a world of fantasy!