TORVER's 2015 follow-up to the 2014 demo From Beyond the Abyss was a surprising first listen. The arrival of Nicholas Millar (AKLASH) and Azrael (HEATHEN DEITY, 13 CANDLES) transformed the band from raw CARPATHIAN FOREST / DARKTHRONE influenced black metal into something more symphonic. It continues to have a mid-90s atmosphere, but now feels more unique and ambitious. A debut album is in the works, expect to hear more in 2017. Their latest release, the split tape with ARCANE NORTH, is available now.

This seems to be a very different TORVER to the demo, musically and lyrically. Since then you've recruited Nicholas Millar and Azrael. Was the music and theme already changing and required new members or are the changes a result of the new lineup?

At the time when I was recording what is now known as Lunar Ritual and Naked in The Wildness I was originally writing them as two tracks to follow on in a similar vein to the debut demo From Beyond the Abyss. During that moment of time our vocalist Asphyxiator disappeared and I lost contact with him...

Due to the absence of Asphyxiator this meant I had to piece together a new lineup in order to complete the two tracks and that's when Nico and Azrael stepped in. The plan was to carry on with the raw Black Metal sound until Nico suggested adding violin and clean vocals into the mix. Once the material was complete we had pretty much headed in a different direction to the original Torver sound. The only thing which remains the same from the original recordings were my guitar and bass recordings, as everything else was created around the structure of that. 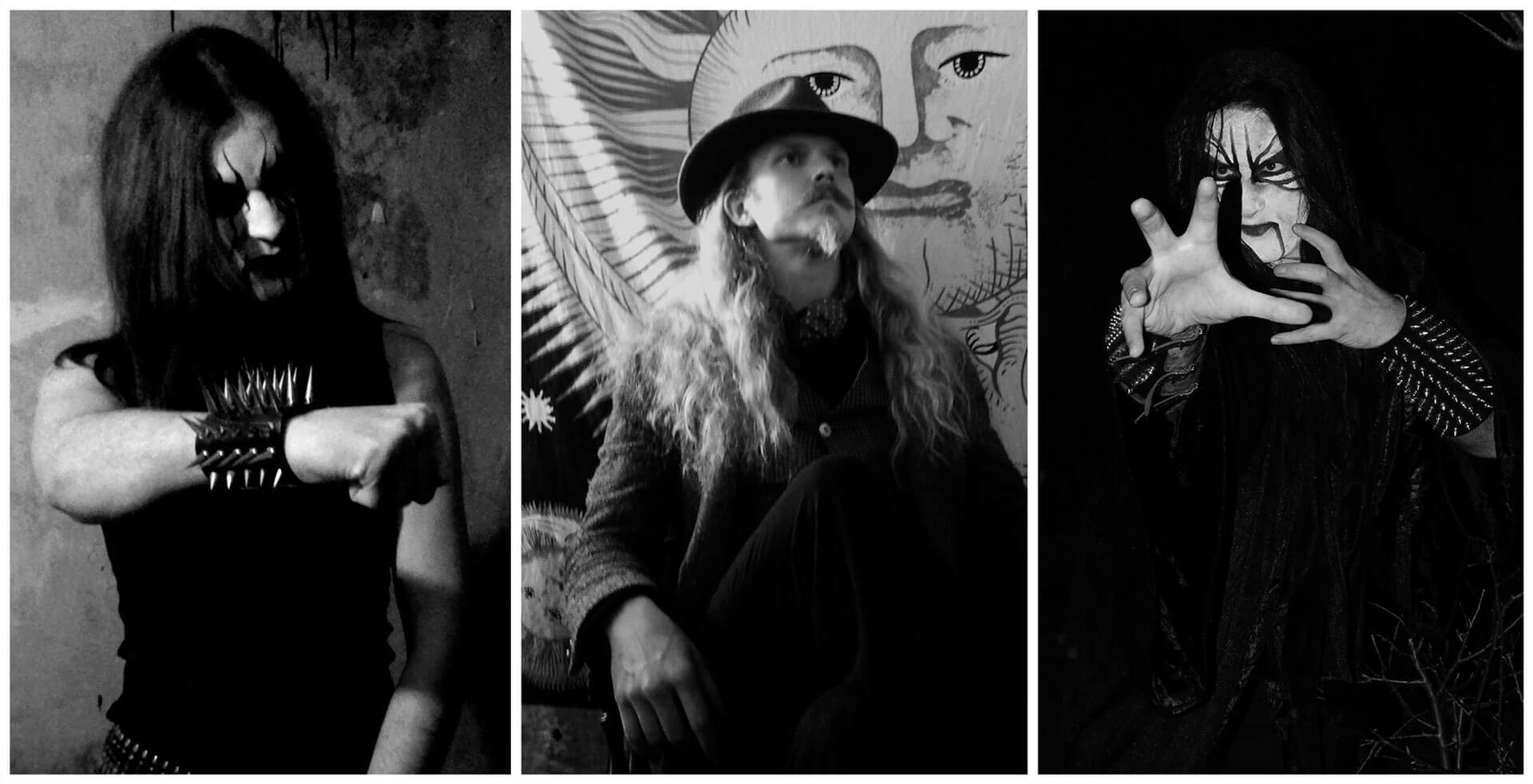 Is it fair to say your influences are still strongly Scandinavian, but shifting from the rawer bands to more symphonic/gothic? Can you name any bands that have influenced the newer sound?

Torver originally started off as a raw Black Metal band influenced by the likes of Darkthrone, NatteFrost and Early Mayhem, but soon after bringing in the new lineup we started to take more influences from the likes of Emperor, Ancient, Gehenna and early Dimmu Borgir. I wouldn't say we necessarily sound like any of those bands but it's what we had in mind along with others, but we do have a very strong Scandinavian sound going on, so yes I say it would be fair to say that.

Was the lunar theme intentional between you and ARCANE NORTH or coincidental? Is it a theme you'll continue on forthcoming recordings?

The lunar theme was suggested by Arcane North which turned out to be a great idea having both bands working on the same theme which made the split work well together. This was a theme that Nico could really relate to with using Pagan and spiritual lyrics. It's now something that we will carry on to the full-length, so expect a lot more Pagan, ritual madness from us.

Earlier this year you unveiled a new Szpajdel-penned logo and cover artwork for a full-length, what's the progress with the album?

Progress has been slow but sure, the majority of the album is now complete as we started recording new material during 2015. We are mainly waiting on vocals and violin to be complete along with adding any final pieces into the mix, for example acoustic guitars or maybe extra guitar parts which we think are necessary, along with any samples.

You are involved in numerous other bands, where does TORVER fall in terms of priority and importance?

My main priority will always be my live bands, but when it comes to my studio projects I treat them equally by putting the same amount of time and effort into each project. But having said that I have now begun to disband the majority of my studio projects ending them each with a final album release. So far I have disbanded Nefarious Dusk and Thy Dying Light, next year Skiddaw and Atra Mors will follow leaving me with just Helvellyn and Torver to work with.

The reasons for disbanding my projects is mainly because I'd like to put all my time and efforts into Torver and hopefully make something of my other band Helvellyn as we've not released anything in the past four years!

Are you looking for a drummer to form a complete lineup, possibly with the intention of playing live?

Julian Foster joined Torver last year after we decided that it would be a great idea to have him a part of our legion after performing session drums for us on the split release with Arcane North, plus mixing and mastering all material. So with this it felt like the right thing to do and we all agreed that we should take him on as an official member rather than carrying on as a session member.

As for playing live we've not yet discussed it as a band properly but each member involved has mentioned and agreed that we should probably try playing live, even if it's just the one gig. We do have a live session guitarist and the offer to play a known Black Metal festival here in the UK. So it could happen...

New vocalist Nico also brought violin into your new sound, will this continue on the album? You managed to weave it neatly into the material, especially Lunar Ritual, is it something you see becoming more prominent?

Indeed and it will continue on.
It'll play more of a role in the full length along with the synths as I feel that both instruments now play a huge part in Torver, along with Nico's vocal range and character. Nico has pretty much shaped Torver into what it has now become.

General update on your activity across your active bands?

Next year should see the return of both Glaramara and Ulfarr as neither band has gigged since Darkness over Cumbria which was hosted this year in March. There will also be the final Atra Mors and Skiddaw album releases as well.

Final words are yours!

Thank you for the interview and to everyone who has supported Torver...
Hails!